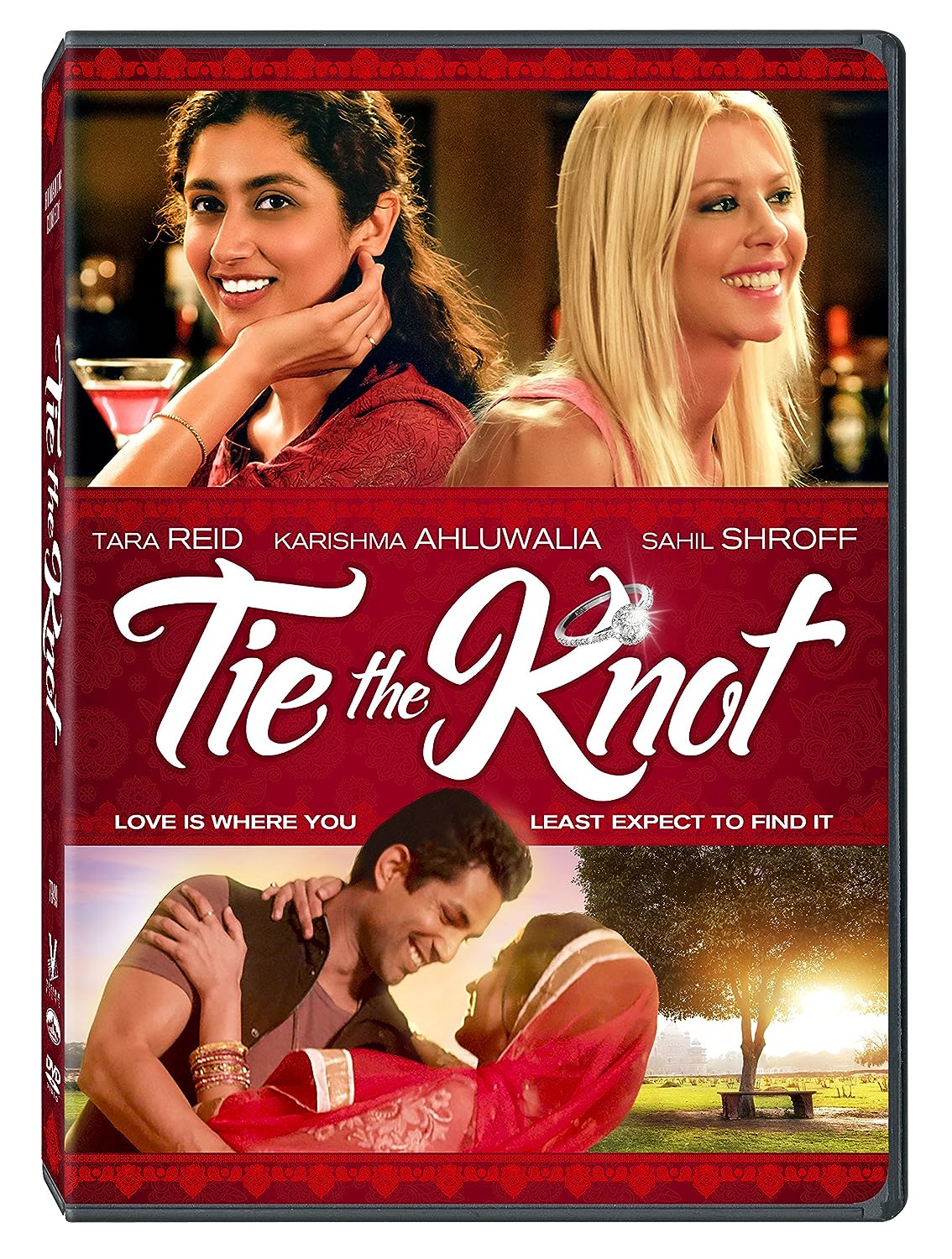 Monarch Home Entertainment once again charmingly goes Hallmark Channel regarding the February 21, 2017 DVD of the 2016 Tara Reid (a.k.a. the best chum in the "Sharknado" franchise) romcom "Tie the Knot." The variation on this Heigl-dominated genre is that Reid plays LA-based school teacher Beatrice who gets wrapped up in arranged marriage-related drama during a trip to India.

The following YouTube clip of the spoiler-laden "Knot" trailer does a good good job highlighting the intertwined Heiglness and Indian culture elements of the film.


Having the mother of all mothers prompts Beatrice to flee to Mumbai at the same time that fellow India-born Los Angelino rising-star surgeon Sonia is returning to her native land in response to a report of a family emergency. The two connect in that faroff land when Sonia rescues Beatrice from a situation that is the making of an unreasonable male store clerk.

These newly kindred spirits then follow the modern urban woman model of emulating "Sex and the City" by going to a bar to indulge in fruity cocktails served in martini glasses. This is where dreamy bartender/musician/surrogate father Kavi enters the picture.

Kavi and Sonia despite the latter bowing to pressure by her mother to go on a series of dates with arranged marriage candidates. The amusing stereotypes among those men include the egotistical brute who is seeking a comically large dowry and forbids any friendships with men.

Meanwhile, Beatrice is exploring the possibility of a teacher-exchange program with a school in India. The resulting culture shock is an eye-opener for both that educator and the audience.

The events of the trip greatly follow Sonia on her return to the United States to perform a highly publicized groundbreaking operation. Of course, the complications include those of the romantic variety.

The standard romcom elements of the final scenes include disrupting a wedding to Mr Not Quite Right. An unexpected aspect of this (and of many other plot points) is very true to the Indian spirit of "Knot."

Writer/director Shuja Paul clearly shows throughout the film that he understands both Indian culture and the challenges faced by modern American Indian women. Fortunately for the rest of us, this is entertaining.

Anyone with questions or comments regarding "Knot" is welcome to email me; you also can connect on Twitter via @tvdvdguy.