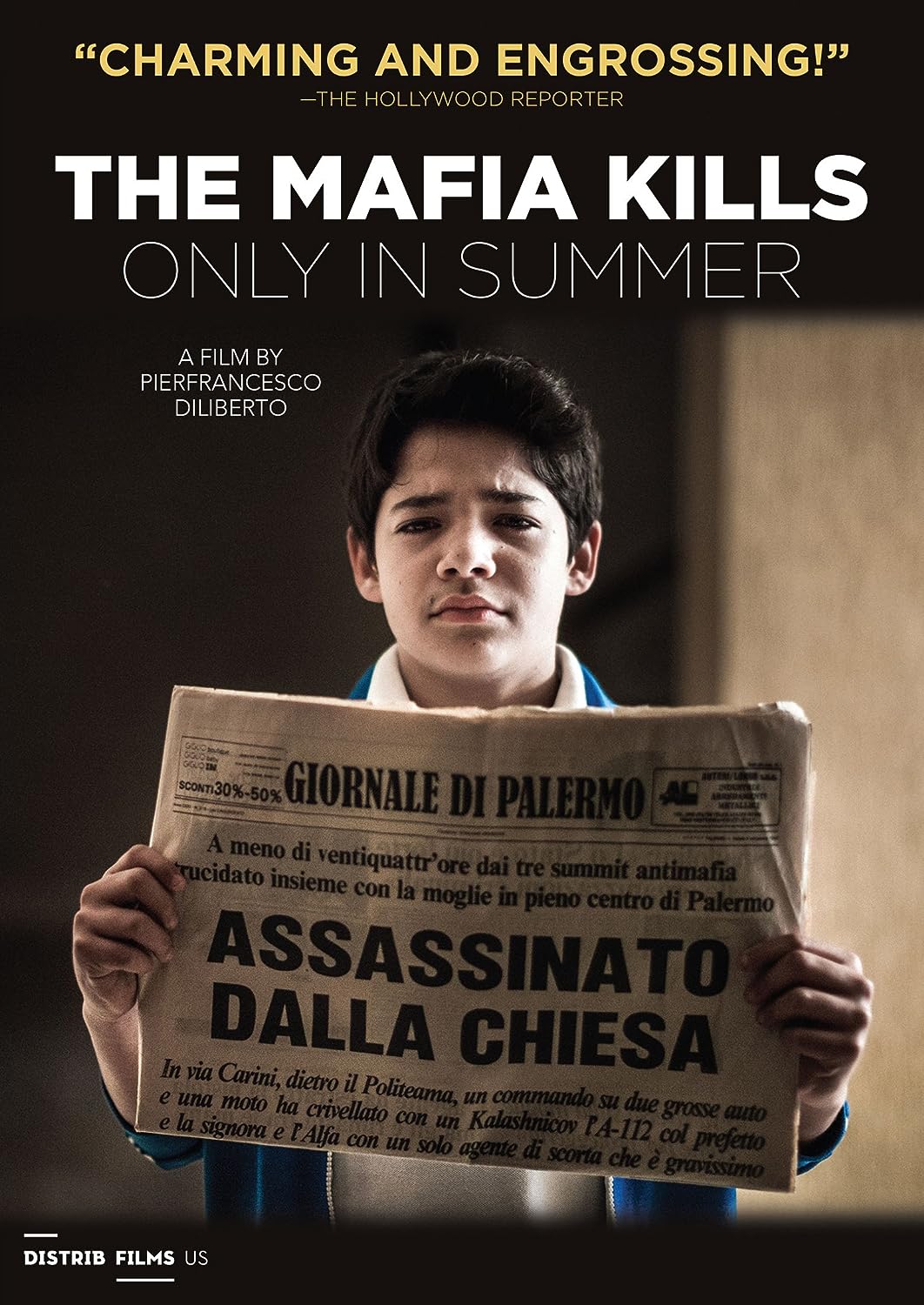 The expanded focus of distributor of "provocative" documentaries Icarus Films into European fictional films continues with the April 11, 2017 DVD release of the 2104 Italian absurd (in a good sense) comedy "The Mafia Kills Only in the Summer." Icarus makes this charming "based on actual events" tale of hits in Palermo. Sicily available on the heels of the Icarus release of the equally good (Unreal TV reviewed) 2013 French drama "Just A Sigh."

The 15 (mostly for best picture) wins for "Mafia" show that writer/director/star Pierfrancesco Dilberto (a.k.a. TV host/political comedian Pif) is a true triple threat with an exceptional grasp of classic Italian cinema. Pif cleverly uses the concept of the fictionalized autobiography of young hero Arturo to recount the history of the mafia in Palermo from the '70s through the '90s. Demonstrating the same appeal as other tales of eccentric characters and precious tykes from that part of the world greatly enhances the enjoyment of the film.

The spoilers in the following YouTube clip of the "Mafia" trailer include explaining the significance of the title of the film while showcasing the aforementioned charm and the humor that comes in a wide spectrum of shades of gray.


Pif begins his film-long narration of "Mafia" by explaining that the schoolboy crush of Arturo on classmate Flora greatly outlasts their time in a Catholic elementary school. He then introduces the also film-long element of the parallels between the life of Arturo and actual mafia hits and other criminal activity. This makes Arturo the Jessica Fletcher of Palermo in that judges, police officials, and others who have the dual whammies of crossing the mob and interacting with Arturo end up getting killed in a theatrically spectacular manner.

The connection begins with adult Arturo telling how a hit in the same building where his newly married parents are celebrating their honeymoon period leads to his father impregnating his mother. This highly charming early portion of the film also recounts how the people of Palermo turn blind eyes to the copious hits around therm and the related white lies that the parents of Arturo tell their son to appease him. One of the most memorable fabrications leads our hero to believe that love leads to ending up with your brains exiting your skull at a tremendous velocity.

The best scenes in this terrific film relate to the wonder years of our hero. This is the period in which Arturo meets Flora and becomes interested in the journalism career that drives much of the action in the second half of "Mafia." The lad becoming obsessed with then Premier Giulio Andreotti to the same degree that other boys make a member of the DC or Marvel universe an integral part of their lives is a  memorable example of the combination of reel and real-life in the film.

One of the aforementioned law-enforcement officials who get gunned down plays a more direct role in the life of Arturo in that this Italian equivalent of a doughnut-loving cop introduces Arturo to the pastry that plays an important role in his courtship of Flora. This grade-school seduction has additional importance in that it also teaches Arturo that is highly unjust that all is fair in love and war.

Both the mafia and Flora continue to play roles in the life of Arturo as he matures from the animated sperm that we see early in the film to the narrator whom we meet at the beginning of this docudrama. The prominent father of Flora also becoming a person of interest in the film is an aspect of this "all grown up" portion of the film.

Pif deserves special praise for how he wraps up this fable. A charming recap of the events of the film that is very true to its spirit makes us want to see what is next for the citizens of Palermo.

Anyone with questions or comments regarding "Mafia" is encouraged either to email me or to connect on Twitter via @tvdvdguy.
Posted by Matt Nelson at 10:54:00 PM