Come Hell or High Water: The Battle for Turkey Creek' DVD: Documentary on Gulfport Residents to Keep Heads Above Water 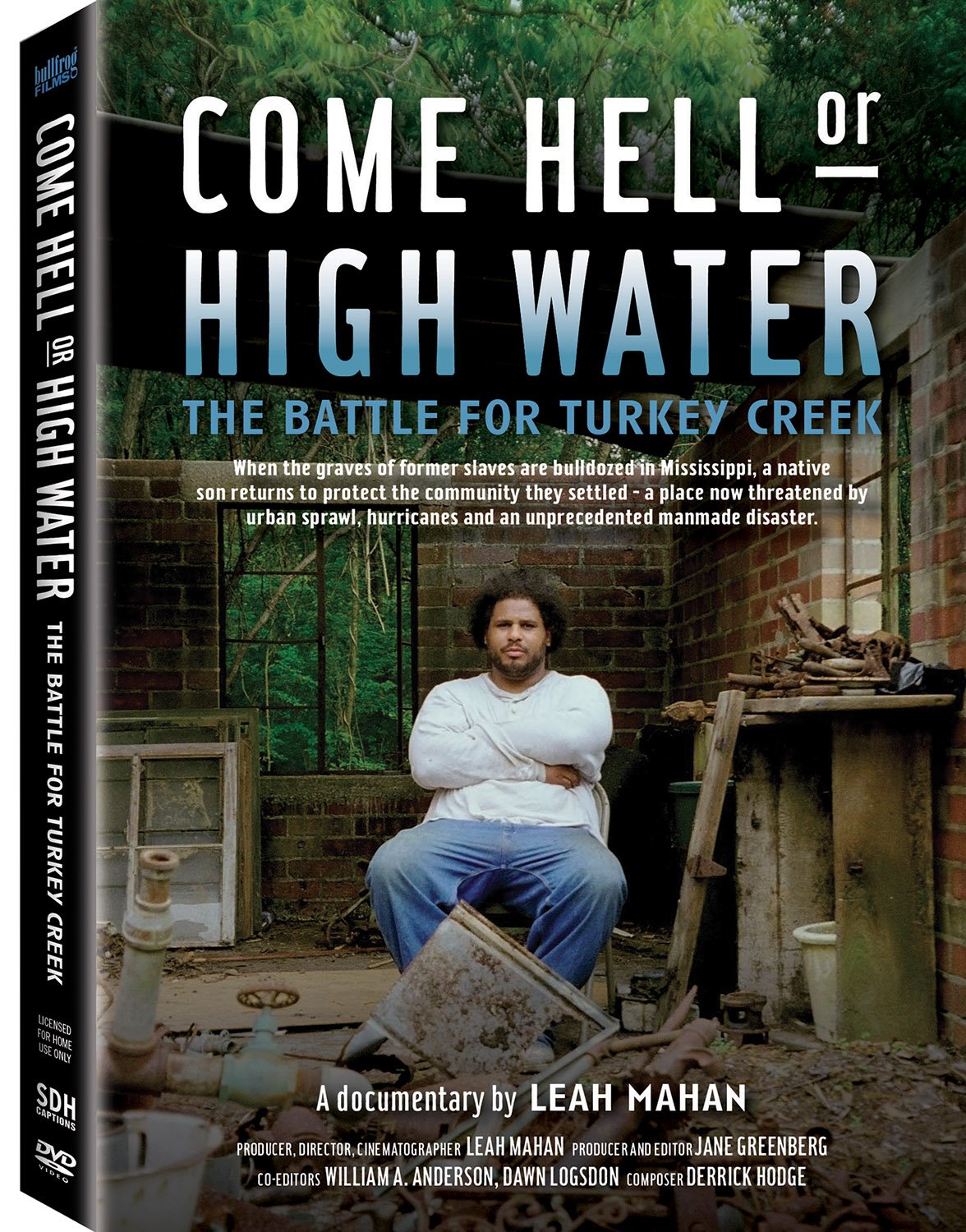 Bullfrog Films and Icarus Films once again prove that they are the dynamic duo of documentaries regarding the Icarus February 28, 2017 DVD release of the 2013 Bullfrog film "Come Hell or High Water: The Battle for Turkey Creek." This film depicts the effort of Boston transplant Derrick Evans to save his ancestral home and community in Gulfport, Mississippi.

The following YouTube clip of a promo. for "Water" illustrates the depressing state of affairs that prompt Evans to put his life on hold to try to put right what once went wrong.


The strong ties that bind Evans to the Turkey Creek area of Mississippi begin with being the direct descendant of two of the four families that consist of former slaves who build a town in wetlands near Gulfport during the Reconstruction Era. Additionally, the home of the great-grandfather of Evans still stands. "Water" further tells how urban sprawl leads to Turkey Creek becoming part of Gulfport.

Evans learning that the impact of constructing an apartment building includes bulldozing graves in an old Turkey Creek graveyard prompts him to take an open-ended unpaid leave from teaching history in Boston to address the issues facing Turkey Creek.

Documentarian Leah Mahan shows that the primary threat that Turkey Creek faces is a sense by the Gulfprort municipal government that virtually every desire for development outweighs the priorities and/or needs of the working-class black residents of Turkey Creek. This callous disregard extends to continuing to fill in the wetlands after doing so creates flooding.

A scene in which the Gulfport mayor meets with the Turkey Creek community is one of the most upsetting in the film. This elected official begins with describing his visit as a "safari" and jokes that he knows that the assembled crowd would like to lynch him. This racist bastard stops just short of serving watermelon. It is equally sad that the people of Turkey Creek are so accustomed to such statements that they do not prompt a response.

Another specific battle that Evans joins (and that postpones returning to Boston) stems a large developer planning to build on the wetlands despite knowing the devastating environmental impact of a project of the proposed scale.

Hurricane Katrina and the BP oil disaster pile more woes on the people of Turkey Creek. Mahan additionally shows how governmental action worsens a catastrophic situation. This truly is a case in which the expression "I'm from the government; I'm here to help" is one of the three biggest lies around. The fellow whopper "The check is in the mail" also applies.

The better news is that Evans and Mahan call attention to the challenges facing Turkey Creek before it becomes a 21st century Atlantis, This pair additionally shows that the good guys occasionally win.

Anyone with questions or comments regarding "Water" is encouraged either to email me or to connect on Twitter via @tvdvdguy.