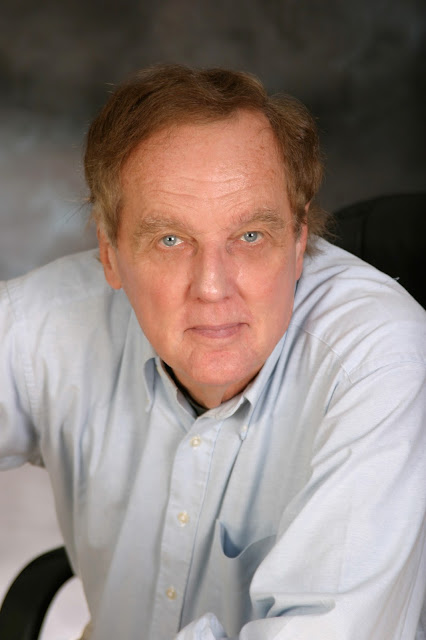 The old Hollywood cred. of classic films documentaries director John Mulholland extends well beyond his friendship with his late neighbor/Golden Age expert Robert Osborne. Mulholland getting Osborne, Patricia Neal, Kirk Douglas, Charlton Heston, and a plethora of other Hollywood royalty on camera to discuss the 20-year friendship of Gary Cooper and Ernest Hemingway for the (recently Unreal TV reviewed) theatrical documentary "Cooper & Hemingway: The True Gen" leaves no doubt that Mulholland is da man when it comes to educating 21st century audiences about 20th century actors and directors who EARN the title of American Idol.

The ultimate verification of this status came via the great Kirk Douglas. Douglas approached Mulholland on learning of the filming of "True Gen." Douglas stated that he wanted to appear on camera reading a letter that he wrote Cooper after Douglas was cast in the 1962 drama "Lonely Are the Brave." This correspondence expressed the belief of Douglas that Cooper should have had that role.

"True Gen" includes a portion of the recitation by Douglas; a deleted scene in an upcoming Blu-ray release shows Douglas reading the entire letter.

Mulholland further distinguished himself among his peers when our fascinating feature-length telephone interview turned to the topic of the length of "True Gen." Feeling as if this conversation was a chat with a friend and fellow cinephile opened the door to stating that the 2 hours and 17 minutes run time of "True Gen" prompted groaning at the beginning of the film but that your not-so-humble reviewer had a sense of "its already over" and wanting to learn more when the final credits began rolling.

Mulholland seemed to channel both the very macho Cooper and even more masculine Hemingway in stating that a documentary should inspire wanting to learn more about the topic. Cooper and Hemingway fully emerged when Mulholland added that documentarians who think that their film is "the final be all of any subject" "have an ego the size of Alaska."

The only negative aspect of this article on the interview is that including every compelling story of Mulholland would require a novella that would take 2 hours and 17 minutes to read. Hopefully the interview with Mulholland on the "High Noon" film will allow for including some of these tales.

Mulholland making four Cooper documentaries before "True Gen" and having a film on the Cooper classic "High Noon" being released soon required asking why Cooper merited that degree of star treatment. The plain and simple Cooperesque response was that "I think that Cooper is as good as they come."

Mullholland went on to point out that the auteur theory that treats big-name directors as "king" and holds that everything in a film is filtered through that individual disadvantages Cooper, who has worked with several greats such as Frank Capra and Howard Hawks, and other actors whom Mulhalland believes that this POV unfairly overshadows.

Learning that Cooper and your not-so-humble reviewer shared the trait of going to great lengths to be kind and supportive until treated unkindly provided the thrill of discovering a common element with a great in any field. The dual tales of Cooper fighting to get deserving co-stars above-the-title credits but subtly (and hilariously) upstaging Burt Lancaster in response to Lancaster boasting that he would "show up" Cooper were highlights of the interview.

On a larger level, Mulholland made the Cooperesque statement that the approach of that actor to playing a movie character was that "you act for the camera, not the audience or anyone else; that is the difference between that and stage acting."

Stories that Mulholland shared regarding the roaring '20s lifestyle of Cooper nicely combine the "Inside the Actor's Studio" aspect of "True Gen" and the aforementioned old Hollywood "A Listers."

Well-known actresses Fay Wray and Anita Loos moving to New York in their golden years allowed Mulholland to befriend them. One awesome aspect of this for Mulholland was seeing a maid's room that Wray converted into a non-creepy shrine to Cooper; she filled it with general Cooper memorabilia and with souvenirs from the five films that they made together.

Wray further shared that the pheromones or other natural attraction that Cooper oozed caused every woman (and many men) to uncontrollably swoon over him. She also stated that Cooper utilized that advantage. Mulholland stated that Loos expressed this as saying that she had never seen anything like it even for the free-wheeling '20s.

The most amusing tale from Wray revolved around walking with Cooper around the Paramount lot. This object of Kong's affection told Mullholland that a secretary would lean out her office window and yell to Cooper. The proverbial rest of the story was that Cooper would go see the secretary and disappear for 20 minutes.

A related story was that Cooper was such a playa that Paramount hired a handler to follow him around at night in an effort to curtail nocturnal activity that threatened the public image of that star. As any fan of a film in which a studio tries such a tactic knows, this effort often failed. Cooper would dash through restaurant kitchens and use similar techniques to escape his shadow.

The discussion of the social life of Cooper nicely parlayed into the subject of the homosexual vibe regarding the friendship between this star and Hemingway. Mulholland stated regarding that that literary god George Plimpton was convinced that Hemingway loved Cooper in an unexpressed manner (ala the LeFou/Gaston relationship in the live-action "Beauty and the Beast" film.)

As "True Gen" comprehensively illustrates, Hemingway considered Cooper to be the real-life version of the Hemingway characters Nick Adams and Robert Jordan.

Awesome validation came regarding speculating in the review of "True Gen" that Hemingway dying soon after Cooper reflected the phenomenon of one spouse in a long and loving marriage passing away soon after the death of the other spouse. The theory was that the survivor could not bear to live without his or her soulmate.

Mulholland shared that Hemingway son Jack was convinced that the death of Cooper prompted Hemingway to decide that he did not want to go on living.

A shared lesser-known gay-themed Cooper story illustrated both his independent nature and the fact that he was well ahead of his time. This related to a friendship (and hopefully future Mulholland documentary topic) between Cooper and "quick-witted" '30s gay actor Anderson Lawler, whose plethora of credits included the Cooper western "The Virginian."

Cooper maintained his purely platonic friendship with Lawler despite screen legend Clara Bow warning Cooper that the rumors regarding the nature of that relationship doing so could harm the career of Cooper.

Mullholland further stated that '50s matinee idol (and Cooper co-star) Tab Hunter, told him that Cooper was very gracious and respectful to then-closeted Hunter. This extended to being comfortable with Hunter having a boyfriend visit the set.

"True Gen" being about "Cooper & Hemingway" and the upcoming releases of Muholland including "Elmore Leonard: The Dickens of of Detroit" about that highly prolific crime novelist (who appears in "True Gen") warrants additional discussion of Hemingway. Mulholland regarding that "Hemingway was Leonard's mentor." Cooper came in the form of stating that Leonard based the lawman in the "Justified" television series on that real-life cowboy and that that series often invokes Cooper.

Mulholland further praised Leonard by describing him as one of the few white authors whom black readers like. He added that a black woman who is a a retired LAPD sergeant states in "The Dickens of Detroit" that the work of Leonard is very realistic.

Smile When You Say That

Anyone whom this article inspire to learn more about Cooper, Hemingway, or Mulholland is encouraged to email me. You alternatively can connect on Twitter via