'The Falls: Covenant of Grace' DVD: Final Chapter of Trilogy About Gay Mormon Men in Love 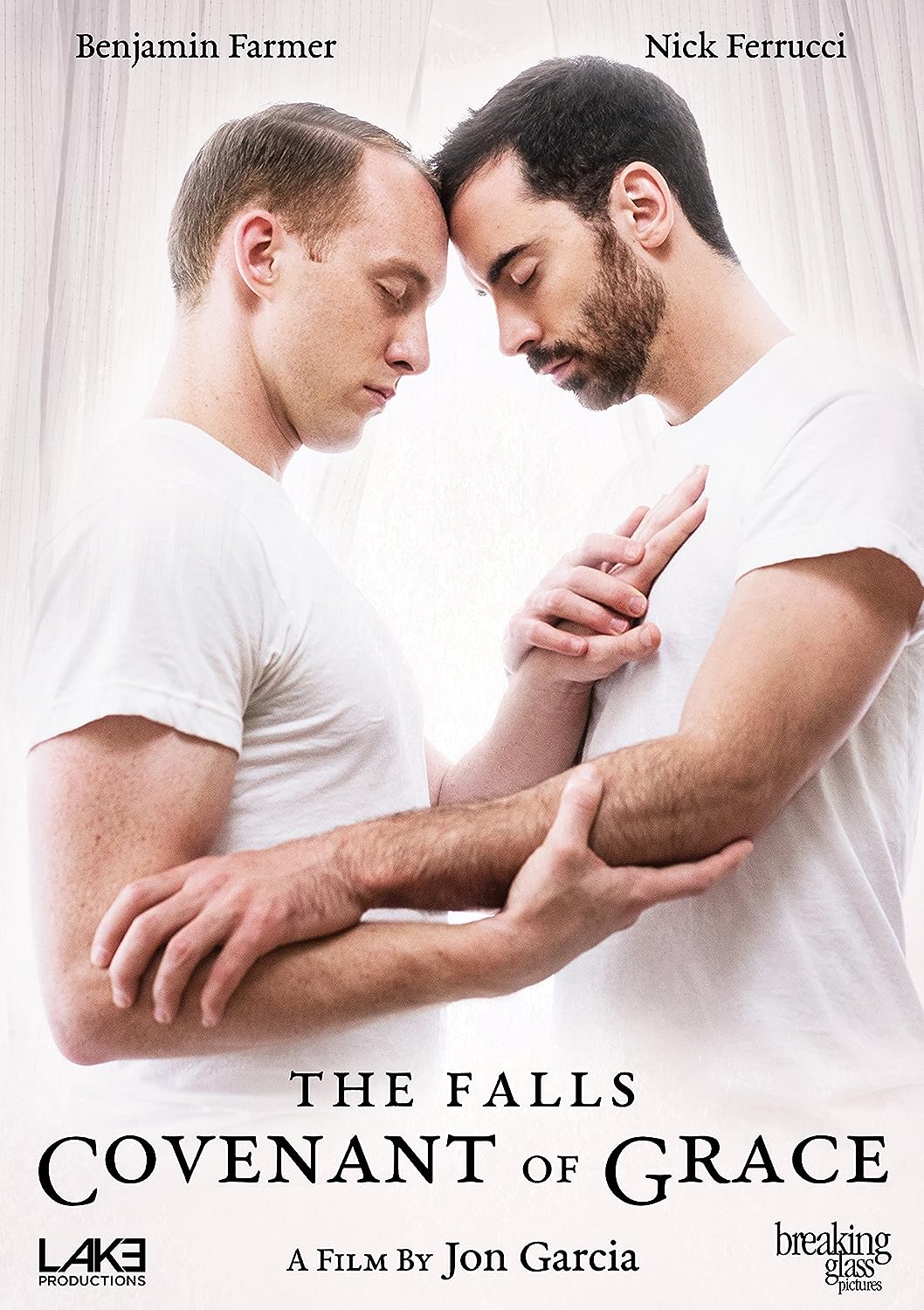 This post on the breaking glass pictures gay-themed film division QC Cinema December 2016 DVD release of "The Falls: Covenant of Grace" wraps up a series of reviews on the "Falls" trilogy of films. These articles faithfully begin with the post on "The Falls," which provides a primer on the films. It goes onto a review of "The Falls: Testament of Love."

The "Falls" story centers around Mormon born and raised boys Richard "RJ" Smith and Chris Merrell. They meet and fall in love in "Falls," "Testament" takes place five years later, and the events of "Covenant" occur one year after that.

The following YouTube video of the "Covenant" trailer tells you all you that you want to know about the film. The checklist includes the elements of rigid political doctrine, the love and pain associated with the central relationship, and the overall humanity of the production.


Professional writer RJ is happily living in Portland, Oregon and has an enviable group of friends, who have great senses of humor and enjoy the game Cards Against Humanity. The gang also is eager to meet Chris, who is visiting from Salt Lake City.

Much of the visit (and all three films) centers around religious beliefs and other societal pressures putting obstacles in the path of true love and happiness for our boys. One factor is the concept of "gay age," which refers to the length of time that a man has been out. RJ is several years older than Chris by that measure.

Additional drama comes in the form of the advances of the gay movement prompting equal and opposite reactions by the Mormon Church. This includes decreeing that the children of a same-sex couple cannot be baptized; thus, these children cannot enter Heaven on their passing. Chris succinctly states the evil of this policy as punishing the innocent children for the "sins" of their parents.

This issue and related positions of the Mormon Church present our boys and their reel and real peers with the same dilemma as gay men who grew up as devout Catholics. Their religion is an integral part of their upbringing, and they truly love both their church and their God but are clearly told that they are not loved in return.

A related scene has a now-secular RJ and still-practicing Mormon Chris discussing their mutual long-standing dream of being married in a Mormon church.

An even more notable scene has RJ being incredibly compassionate with a former missionary who considers RJ and Chris role models for having a romantic missionary position relationship and being close more than five years after that special period.

The stronger presence of the Mormon church in the final film of this trilogy by writer/director Jon Garcia includes the same technique in the earlier films of having a top leader of the Mormon church appear off-screen and his presence only presented via a voice talking to the person who essentially is being sent to the office of the principal. This clearly makes that leader a god-like figure in the film.

A desire to keep this review shorter than "The Book of Mormon" (the religious tome, not the Broadway musical) requires not discussing the additional well-presented trauma and drama of "Covenant" in favor of the larger issue of homosexual relationships catching up with the state of straight ones.

The "Falls" trilogy nicely fits in with the "one who got away" sub-genre of gay films that largely is equally applicable to tales of love between a man and a woman. The primary difference is that the possibility of happily ever after is much more recent for a gay relationship.

Like "Falls"," the recent breaking theatrical and DVD releases of the reviewed "Retake" and also reviewed "Lazy Eye" center around a gay man whose relationship with another man traumatically ends and leads to a present-day effort to put right what once went wrong roughly 15 years previously. All three stories are film-worthy because they reflect gay rights only reaching the point at which same-sex couples can openly build a life together and have children in the late '90s and early 2000s.

That era is when the couples in the film meet and fall in love. That, in turn, sets the stage for the typical period of roughly a decade later in which the no-longer-young lovers take another stab at happiness.

The extras on the "Covenant" DVD include deleted scenes and a cast and crew Q & A session at the Portland Queer Film Festival.

Anyone with questions or comments regarding "Covenant" or the other "Falls" films is strongly encouraged to email me; you also can connect on Twitter via @tvdvdguy.
Posted by Matt Nelson at 8:38:00 AM