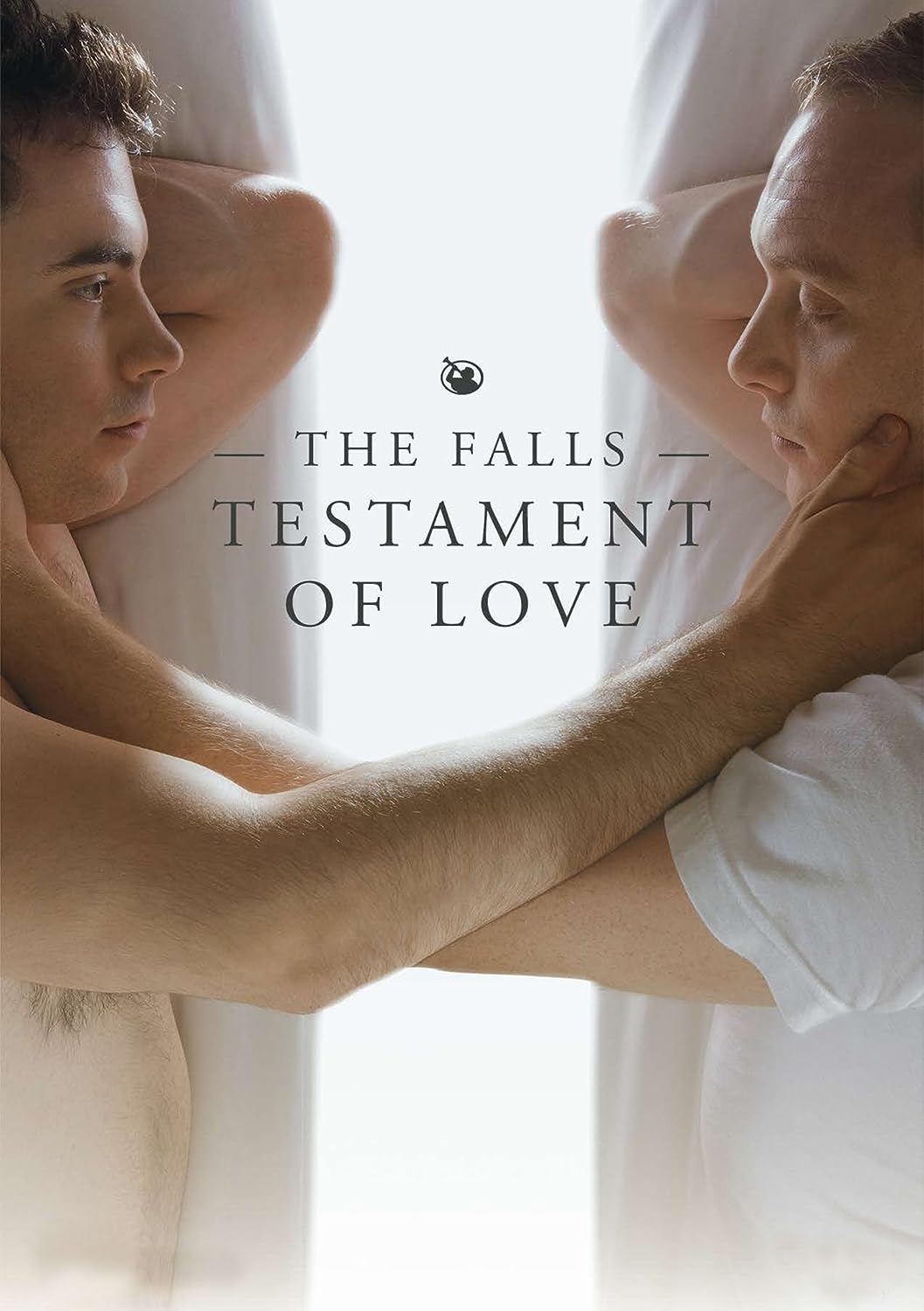 This review is the second of three on the "The Falls" trilogy by the QC Cinema gay-themed film division of breaking glass pictures. The recent post on "The Falls" introduces this story of two 20-something Mormon missionaries who fall in love while living and working together.

Our current topic is the 2013 film "The Falls: Testament of Love," which finds the boys reunited five years after the literally life-changing few months of the first film. The film and the review series wrap up with "The Falls: Covenant of Grace," which depicts the events of a year after "Testament."

The following YouTube clip of the theatrical trailer for "Testament" is largely a music video that depicts the angst of our boys. This alone is enough to make you feel their pain.


Richard "R.J." Smith is now sleepless in Seattle only because his cute committed boyfriend Paul regularly spends the night. Richard also has a job that he loves in his chosen profession and is choosing reasonable personal contentment over practicing his slumbering religious beliefs.

Chris Merrell is playing the role of upright active Mormon church member, husband, and father. He also has lucrative (but disliked) job as a pharmaceutical drug salesman. He further has suppressed his homosexual desires and his related love for Richard.

Our boys reunite at the funeral of a mutual friend from their joint (pun intended) mission. The combination of seeing each other again and the passing reminds them of the importance of enjoying life.

Richard subsequently shows up uninvited at the home that Chris shares with his wife and daughter; Richard does not out his former lover but puts him on the spot and pushes for them to relive the past.

As expected, the truth comes out. However, many responses are less predictable. The wife of Chris understandably is none too pleased but keeps her cool. The reaction by the parents and the siblings of Chris is mixed.

An interesting related note (which ties back to an observation in the review of "Falls") is that this portion of "Testament" (and parts of "Covenant") strongly suggests that at least an unfulfilled sexual attraction between young Mormon men who serve a mission together is common. The obvious reasons in addition to a pre-existing homosexual orientation include the mission creating an intimate relationship between the lads during what often is their first taste of freedom.

The well-intentioned efforts of Richard to make Christopher comfortable with himself and to get the people in his life used to the idea that he is attracted to other man and loves Richard create further turmoil. This also reflects the adage that the road to true love is bumpy.

"Testament" ends on a somewhat ambiguous note, which the third (soon to be reviewed) film ""The Falls: Covenant of Grace" nicely wraps up.

One of the nicer things about "Testament" and the other two in the trilogy is that it is about and made for adults. Neither of our perfectly attractive boys are either doe-eyed or have smooth glowing skin, and their sexual orientation does not determine their behavior. There are no wild parties, haute couture, or hot pursuit of other men. Our stars simply are ordinary guys (one of whom still wears his magic underwear) trying to come to terms with their attraction to each other.

The plethora of extras courtesy of Cinema include "making of" features and outtakes from "Falls." There also is a Q&A panel from the world premiere at the Portland Lesbian & Gay Film Festival.

Anyone with questions or comments regarding any of the "Falls" films is strongly encouraged to email me; you also can connect on Twitter via @tvdvdguy.