A large difference is that the majority of home video sets that make the current cut are part of uber-awesome series of releases that bundle the best that Hollywood, London, Paris, etc. have to offer.

As is the case regarding the "Black Friday" titles, each entry on this list briefly explains why the release makes the cut and includes a link to original review to allow interested folks to read more about that set. These reviews almost always include a video clip that facilitates obtaining a sense of the film or program. 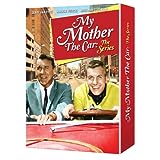 The complete series set of the '60s fantasycom "My Mother the Car," which has the reincarnated (of course, pun intended) titular character returning to our level of existence to guide her adult son easily takes the top honors in this list of surprises for the year. This link will take you to the full review.

The fact that "Car" is far better than its well-known reputation for being one of the worst ever sitcoms independently earns it a place on this list. Stars Jerry Van Dyke and Ann Sothern do a good job in their roles, and every episodes has some at least moderately amusing moments.

Further, one need not look beyond the Sherwood Schwartz  astronauts in the stone age failedcom "It's About Time" or the self-explanatory Garry Marshalls flop "Me and the Chimp" from the same era as "Car" to find shows that make this surprisingly good series seem like Emmy-worthy comedy.

On top of this, the sturdy cardboard box in which TGG Direct places the two-volume set add a nice touch to the presentation of this series.

The incredibly well-chosen selections in the always independent and mostly foreign Film of the Month Club that Film Movement operates would earn top honors in a list of best film series and come in a close second to "Car" regarding best surprises of the year. The primary reason for this ranking is that "Car" greatly exceeds expectations and these exceptional films are merely uber-awesome.

The titles in this series include "Three Worlds," which was the first one of the series that Unreal TV reviewed, about an event placing three very different types of people living in Paris in each other's orbit. The Dutch film "The  Deflowering of Eva Van End," which Unreal TV also reviewed, is a much lighter and quirkier movie about a German exchange student greatly impacting the life of a host family.

The January 2014 release "The Key of Life" pulls off the dual neat tricks of making a romcom incredibly enjoyable and a Japanese film highly relevant to American audiences. Unreal TV reviewed that one this past weekend.

It is worth mentioning that not mentioning the other films in this series is not intended to communicate that they are any less good than the discussed titles. There simply is not enough room in this forum to touch on every release in this series.

The trilogy of "Oz and James" travelogues that BFS Entertainment has released on DVD comes in third only because a good quality series from the UK is never a surprise. The unexpected element is that these essentially reality shows go beyond being watchable to being highly entertaining.

The numerous (mostly Warner "Prime" and Archive) DVD releases under the "Danny Kaye Centennial" that celebrates the 100th anniversary of the birth of this incredibly talented and versatile actor come in fourth only because their high quality is a treat but not a particularly big surprise.

As the Unreal TV review states, Archive picks four particularly strong entries for the "Danny Kaye: The Goldwyn Years" release; the "Danny Kaye Double Feature" includes the fall-on-the-floor uber-classic "The Court Jester," and the video clip in the post on this one is of the very famous "chalice with the palace" scene from that film.

The reviewed Warner "Prime" release of the Kaye version of "The Secret Life of Walter Mitty" provides an opportunity to compare this film with the vastly different current Ben Stiller film of the same name. 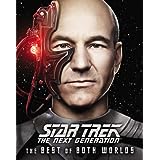 The Blu-ray release of the "Star Trek: The Next Generation" two-part episode "The Best of Both Worlds" in which part one is the season three cliffhanger and the second part is the season four premiere episode rounds out this list of the five biggest DVD or Blu-ray surprises of the year.

The review of this one goes further into what makes this episode about one of the most serious Borg (think scifi archnemeses such as the Daleks or Goa'uld) threats in the "Trek" universe so awesome, but just this chance to see these two episodes combined into a single presentation without even credits or recap breaks interrupting it is an incredible treat for even the most casual Trekker or anyone with even passing interest in quality scifi. Resistance to buying it is futile to ANYONE to whom that description applies.

Anyone with questions or comments regarding any entry on this list or who wishes to offer thoughts on their own choices is encouraged to send an email; you can also connect on Twitter via @tvdvdguy.