Liberty and Justice for None: Fallacies of TV Legal Dramas 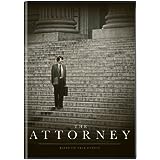 Your (sometimes humble) reviewer being both a fanboy and moderate history buff knows of numerous indicators that the early 21st century signals the decline of American civilization. Personal and national events of the past several years further validate that theory.

As an aside, Unreal TV pledges to write about any televised revolution.

One important element of all this is that the folks who state that the American system of government is not perfect but is the best option do not quite have it right. The system has merits but does not work at all when not administered in the intended manner.

The battle over Obama seemingly being very liberal (no pun intended) regarding issuing Executive Actions in a blatant effort to circumvent the legislative branch is an obvious example of not following the rules. At the same time, Congress holding the federal payroll hostage in negotiations does not adhere to the spirit of free and open debate that theoretically accompanies the lawmaking process.

It is equally important to note that issuing a presidential pardon shows a strong disregard for the judicial branch.

Similarly, the evidence that the U.S. Supreme Court improperly responds to political pressures includes the facts that support the theory that wanting to save his "street cred" for the issue of marriage equality was the motive of Chief Justice Roberts regarding casting the deciding vote in favor of Obamacare in the lawsuit that challenged the constitutionality of that law. For that matter, every president does not appoint the best man (or woman) for vacancies on the court; they put forth someone who can get the job done and is likely to favor the policies of the appointer.

All of this contrasts with traditional television fare in which our elected (and appointed) officials fulfill their duty of serving those who directly or indirectly put them in their cushy jobs. This coincidentally comes at the time of the sad passing of Leonard Nimoy, whose Spock made the ultimate sacrifice in the interest of putting the needs of the many ahead of the needs of the few (i.e., special interest groups).

A spoiler regarding personal experiences in which justice is being denied is that the aforementioned reviewer is confident of fairly soon living life according to an integral principle of governing body Starfleet of the "StarTrek" universe (again, no pun intended.) Like the Starfleet officers and enlisted people who find themselves stranded in their past, which is out present, I am actively working toward finding an affordable isolated home in a small community in which to live out my days.

Rest assured both that any future manifestos will only address the decline of unreal TV series and that even trying to assemble something as simple a bookcase proves to be a daunting task that often results in chipped particle board and household pets fleeing from flung Allen wrenches that are simultaneously asserted to be made of a substance other than metal.

The primary aforementioned personal experience relates to the neighbors from Hell who receive occasional mention in this space. It has not been mentioned that the numerous nuisances and torment from these toxic individuals ultimately required calling local agencies in response to those actions. These include the teen son shouting curses while driving past yours (hopefully) truly and the family conducting extensive and disruptive construction projects without a building permit.

Said administrative complaints led to said neighbors seeking an anti-harassment order; they obtained it despite the undisputed evidence of my doing no more than making the aforementioned reports in response to the aforementioned reports. It also reflected the local attitude that folks such as your reviewer who lack roots in this quasi-rural suburb are "immigrants" who merely drive up property values and maliciously replace practical stores with upscale shops.

Predicting this outcome, the lawyer for the defense pursued the strategy of not presenting a vigorous argument out of fear of antagonizing the judge. In other words, the entire proceeding was pure show. Also, as shown below, these orders can be a virtual life sentence and definitely outlast the punishment for many felony criminal acts.

On a larger level, the anti-harassment law itself is intended to protect people from physical and emotional torment by someone with whom they either have an intimate relationship or has a one-sided desire to begin one. Extensive documentation shows that that law has been distorted to grant neighbors who clash with the folks next door the ability to virtually make them prisoners in their own home in that going out creates valid intense anxiety regarding encountering the person who obtained the order. (A report of a violation can result in jail time.)

The state judiciary seems unanimous in taking the approach that the person who engages in valid and non-harmful activity against the neighbors must be restrained to preclude escalating from not raking leaves from your tree that cross property lines to engaging in psychotic behavior. Using a sledgehammer to kill a mosquito indeed.

The original order was for a year, and the only notice of the hearing regarding the renewal hearing was provided on the day of the first proceeding. This resulted in missing the second proceeding, which likely would have reinstated the order despite any right to have that restraint removed, and having a default judgment extending the order another two years.

Contact with the neighbors has been minimal in the three years since the issuance of the order, and there have not been any of the complained-of calls that exercised the right of every individual. As an aside, your reviewer also has not engaged in any "good neighbor" behavior that he otherwise would have and that would have greatly benefited the folks next door.

Speaking with an attorney, who quickly demanded a $5,000 retainer if I chose to proceed, regarding an upcoming hearing to once again renew the order showed that (like the Borg) resistance was futile. Rather than merely having to show that no conflict occurred in the three years of being restrained in my own home for truly never doing anything wrong, the shared standard was that I would need to convince the judge who issued the order that he made a mistake.

The attorney further shared that judges follow the principle, which is completely contrary to basic legal principles, that it better to restrain 100 innocent individuals than allow one guilty one to go free in fear of making life mildly unpleasant for the person who often provoked the incidents that brought everyone into court.

The probable outcome of all this will be not showing up for the proceeding, having the order extended in my absence, and allowing that cycle to indefinitely continue. It is hoped that a new address will be a reality before the next show in court.

Returning all this to the stated topic of TV legal dramas, the fact is that the crusaders for justice (or at least legal victories) in these series sadly are completely fictional. This also goes for the litigators who take on a client with a worthy cause out of an interest in preventing persecution.

The sad fact is that the general manner of practicing law these days involves a recognition that a judge has made up his or her mind before even reading the facts of a case but that that legal "advocate" is glad to charge you $350/hour or more to put on a not-so-good show.

Despite no personal experience regarding this, hiring a prostitute seems to be a little less expensive and to provide a MUCH better chance of a happy ending.

Anyone with thoughts regarding these musings is welcome to email me; you can also connect on Twitter via @tvdvdguy.