State of Unreal TV Union: Reality Killed the Video Star (and Maimed a Site that Promotes Him) 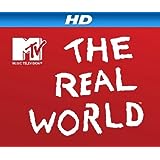 [Editor's Note: The following is a not-so-positive commentary on the current state of the television industry and the negative impact of this on Unreal TV. It is more "bloggy" than the standard post, and folks who prefer our typical fare of reviews may elect to take a break and rejoin us in two days when we resume our regularly scheduled programming with a review of Season 2 of the ABC '90s Western "The Young Riders." A review of the second season of the current uber-escapist ABC drama "Once Upon a Time" follows.]

The path that MTV has taken is more akin to a philanderer ultimately dumping a second spouse for whom he or she left a first spouse for a young bimbo (or himbo) than the journey of other networks that have followed that channel in loading its schedule with reality programming. MTV, which now does not air music videos any more than A&E offers "arts and entertainment" programming, earns this honor based on its historic August 1, 1981 launch.

MTV chose the short film for the '80s uber-classic "Video Killed the Radio Star" by the Buggles for its first presentation; even folks unable to solve the mysteries on "Scooby-Doo" can understand the symbolism regarding that choice.

The following clip, courtesy of YouTube, of that video is intended to provide nostalgic fun. Watching it should make every Gen Xer reading this post to shout "I Want My MTV (Back)!"


On a related  note, even the shows that MTV aired in its early days related to music; the '60s sitcom "The Monkees," and the cartoons starring animated versions of "The Beatles" and "The Jackson Five" were awesome members of the lineup.

The SciFi Channel seems to have started the current race to the bottom and corresponding abandonment of a network's declared genre by beginning to air wrestling matches and changing its name to syfy around the same time.

Discussing numerous other examples of cable (and broadcast) networks abandoning their mission of providing entertainment that is true to their mission statement and conducting a related analysis of the slow descent into this state would be easy but would also require a novel-length post.

The overall motivation for addressing this topic now is the practice of assessing the state of the union each January. Additionally, the tremendous hue and cry over A&E merely suspending the self-proclaimed redneck Phil Robertson and then caving into the subsequent ill-informed protest is a horribly sad commentary on the state of a medium that has done so much for so many.

The proverbial straw that transformed thoughts concerning this topic from the brain of your (usually) mild-mannered reviewer into reality (choke) was the promotion of mid-season shows focusing on "The Rich Kids of Beverly Hills" and similar strained-concept reality shows. One truly would hope that the folks in Hollywood whose paychecks qualify them for the "one percent" could do better.

An associated element of this is that virtually every positive online comment regarding this fare discusses how these shows that allegedly depict reality provide escapism. Apparently these folks (calling them the obvious name is unwarranted) do not know the definition of "oxymoron."

Before addressing the impact of this on the dire straits regarding Unreal TV's union, it is important to thank the studios and distributors that are sticking with this site.

These valued partners continue to recognize the integrity of Unreal TV, the genuine care and strong effort that go into making the (usually) timely posts entertaining and informative, and the fact that the below-average readership consists of awesome fans who actually read the posts. A well-known willfully ignored fact in the industry is that the 100,000s of monthly hits that many sites generate are Facbook "friends" and other who merely "click and leave" to generate a hit on a site.


All of this hits home in the form of several studios and home-video distributors choosing to no longer provide Unreal TV review copies of releases. The discouraging aspect of this is that it indicates a further abandonment of the scripted shows that motivated this site, which only generates "revenue" in the form of these DVD sets, and that inspired the "Reality Stinks" manifesto on Unreal TV and a post entitled "The Simpson-Douglas Debate" that has the distinction of  earning the one "does not necessarily reflect the views of" disclaimer that the site that published it ever issued.

It is a sad day when any site that is even willing to devote a post to the release of the failedcom "Joanie Loves Chachi," which has a four-episode "first season" and seventeen-episode second season does not make the cut for a set.

The fact that the "Joanie" release roughly coincides with the long-term dire financial straits of that character's portrayor Erin Moran, who apparently does not meet the low standards for a reality show, driving her to live at a Holiday Inn further shows that she is a "video star" who reality slew.

On a happier note, Unreal TV will continue posting reviews so long as some review copies are available and the audience remains large enough to at least fill a subway car.

An even more appropriate final thought is that lovers of the best that the international television and film industry previously produced in great quantities can only hope that those folks have not buggled things so badly and gone too far that we can't "rewind" to the days that seem so long ago when fare such as "Nero Wolfe" and "Northern Exposure" aired in time slots that A & E now devotes to "Duck Dynasty" and "Storage Wars" and when classic videos such as "Take Me On" and "Thriller" occupied time that Teen Moms and residents of the Jersey Shore occupy.

Anyone with questions or comments regarding the opinions, which do express the opinions of Unreal TV, is encouraged to email me. You can also connect on Twitter via @tvdvdguy.
Posted by Matt Nelson at 8:22:00 AM