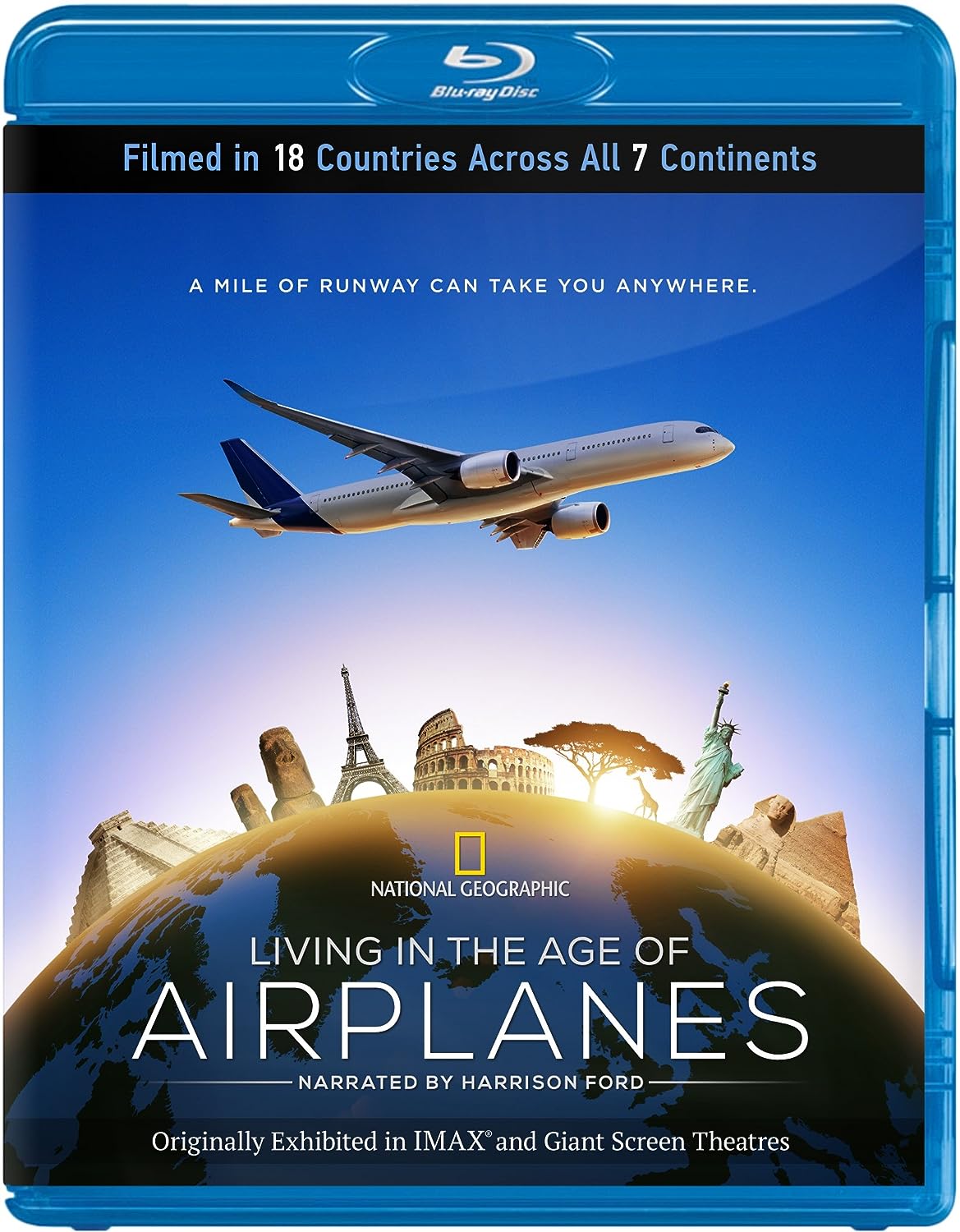 The October 25, 2016 Blu-ray and DVD releases of the 2015 National Geographic IMAX film "Living in the Age of Airplanes" is a perfect Christmas fable a few weeks before the Hell that is holiday travel. The clearly stated message of this Harrison Ford-narrated documentary is that we should be so grateful to have jet travel that we should shaddup regarding the aggravations associated with flying. Speaking from the perspective of suffering the humiliation/intense stress of random (malicious?) confinement in a Jack Bauer plexiglass cube at security an having a polite request to be given unattended X RAYED wallet and shoes at the end of the security, I ain't buying that part of the story.

The following YouTube clip of the "Airplanes' trailer aptly promotes the film through sharing its message and providing a glimpse of the incredible cinematography.


Despite the flawed message, the medium is spectacular. The opening scenes in this must-own in BD film are of the airliner graveyard in the Mojave desert. Seeing partially demolished and gutted planes out in the middle of nowhere is very reminiscent of the pilot of the ABC drama series "Lost."

Ford goes onto to remind the audience that walking was the sole mode of transportation for most of the history of human civilization and that inventing the wheel and the related domestication of animals did not significantly help matters. His history lesson goes onto cite the roles of sea, rail, and motor vehicle transportation in allowing us to venture from our places of birth but notes that air travel, which requires neither roads nor rails, is the real game changer regarding both allowing us to travel great distances and in making remote locales accessible.

The Bill Gates quote "the airplane became the first World Wide Web, bringing people, languages, ideas, and values together" aptly illustrates both the above point and the theme of "Airplanes" itself. "Airplanes" director Brian J. Terwilliger adds his wise two cents in by stating in the press materials for the documentary that the fact that "our perception of crossing continents and oceans at 500 mph has turned from fascination to frustration" prompted him to "want to reignite people's wonder for one of the most extraordinary aspects of the modern world." One can only imagine that Terwilliger has never had his pants sagging while people stare for 15 minutes.

The must-be-seen to be believed beautifully filmed journey takes us from the amazing clear waters of an island that is accessible only by boat and seaplane to the South Pole. The shared benefit of this extends beyond personal enrichment through visiting other cultures to the value of the scientific endeavors that air travel makes possible.

The final scenes are too special to spoil; suffice it to say that they are an apt end to this global through time and space; they also are guaranteed to put a smile on your face.

The plethora of special features includes a recreation of the bi-plane sequence from the 1985 film "Out of Africa," a behind-the-scenes look at shooting the spectacular footage (including a space view of earth) of "Airplanes," and a deleted scene on Hawaii.

Anyone with questions or comments regarding "Airplanes" is strongly encouraged either to email me or to connect on Twitter via @tvdvdguy.