'Once Were Warriors' BD: Powerful Tale of Going from Tribal Royalty to Abused Slum WIfe 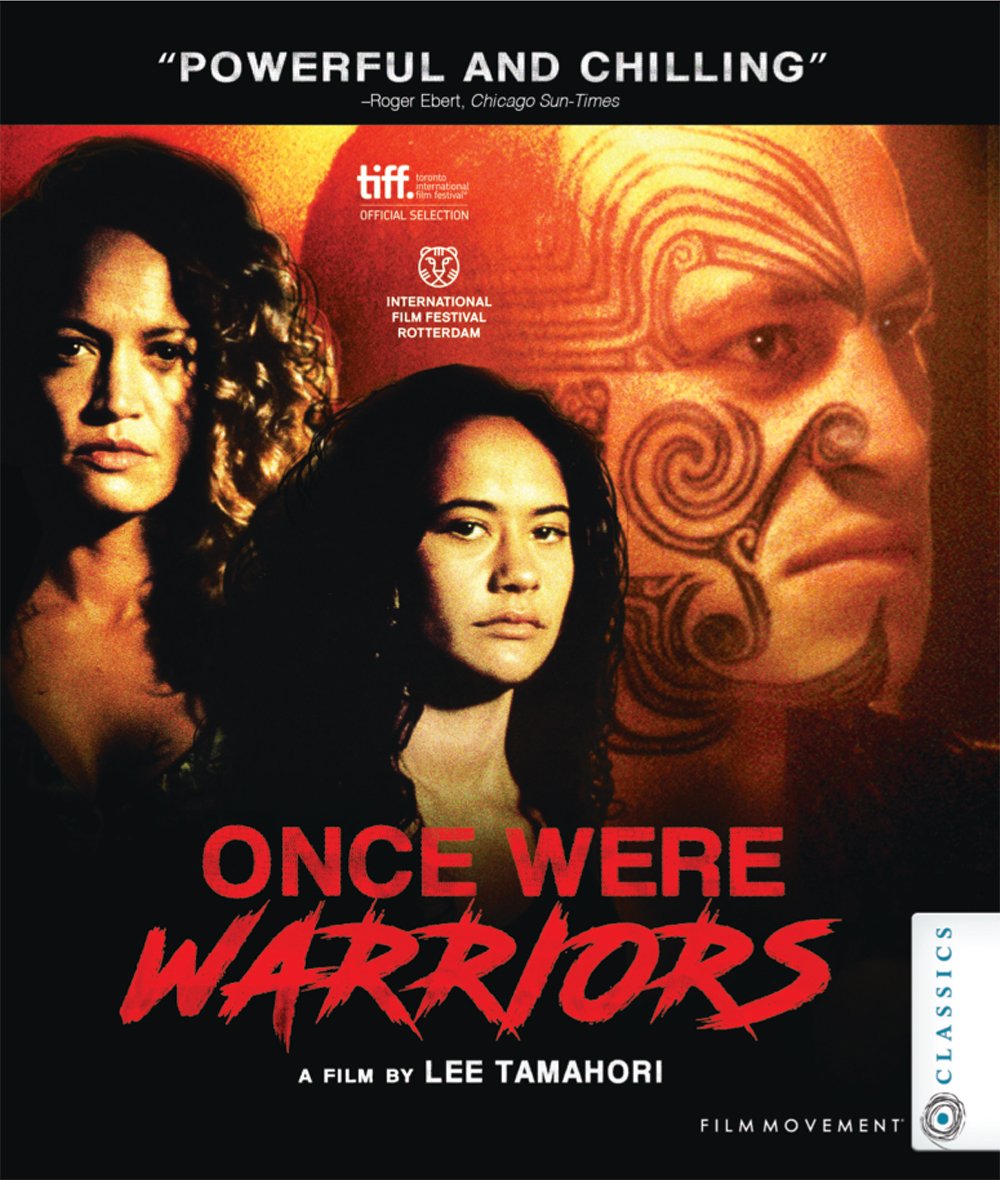 New York-based Film Movement Classics once again makes North Americans wondered "how did I miss that one" regarding the September 6, 2016 Blu-ray release of the 1994 New Zealand drama "Once Were Warriors." This indescribably intense film centers around Maori warrior descendant Beth Heke, whose choice as a teenager to relinquish a prominent position (and a very happy life) in her tribe to marry slave descendant Jake Heke has her living a horribly traumatic life in the slums of Auckland 20 years later.

As an aside, Movement shows excellent timing regarding releasing "Warriors" in the same period as two modern (and excellent in their own right) American films centering around family dysfunction based on old resentments. The Unreal TV adored "Take Me to the River" focuses on a gay California teen becoming the victim of undue scorn on going to a Nebraska family reunion. The also Unreal TV loved "The Automatic Hate" has two recently discovered cousins stir up old feelings regarding the cause of a decades-long estrangement between their fathers.

The Best Film and eight other awards at the 1994 New Zealand Film and TV Awards and the thirteen festival awards provide some sense of the perfection of "Warriors." The overall situation and the abuse and other violence sadly are both very realistic and international themes. This success is likely why this masterpiece warrants a Movement release. Additionally, the strong visuals of the Auckland scenery and the brutality in the film make exceptional use of the Blu-ray format.

The opening scenes immediately provide a strong sense of the extreme poverty of the lives of the Heke family and their neighbors. The busy highway, graffiti-covered concrete, street people, etc show that this is a tough life.

Director Lee Tamahori and writer Riwia Brown also take their time establishing the life of Beth before showing the extent of the horrible hardships that she endures. Early moments have alcoholic abusive Jake bring home a seafood feast without initially mentioning that it literally is his severance package and that getting a new job does not concern him. We also see that 13 year-old daughter Grace is an aspiring writer and a good friend to a boy living in a dilapidated abandoned car. Oldest son Nig is a newly inducted member of a fierce and brutal gang, and middle boy Boogie is escorted home by police officers on the afternoon before a court proceeding regarding other juvenile delinquent behavior.

These events that seem to be a typical day for this Heke family well below the middle culminate with yet another evening in which a drunk Jake and a large group of intoxicated friends come to his home to keep the party going after leaving a local bar. An event during that revelry leads to arguably the most brutal and tough to watch spousal abuse in the history of film. Seeing the younger Heke offspring huddled on a bed during that assault is equally powerful. Our hearts go out to Beth even more on seeing her the morning after.

The ensuing events are just as compelling. Jake continues to alienate his wife and kids, the harsh reality of life ruins the few and far between happy moments in the film, and old resentments resurface. This is especially so regarding a tragic (but very realistic) plot regarding Grace. The emotions of the audience associated with events and the other horrors in the life of Beth are almost as intense as those that the characters experience.

The filmmakers remain true to the spirit of "Warriors" by not having the Hekes win the lottery or otherwise enjoy a dramatic enhancement of their standard of living. Seeing the extent (if any) to which their lives improve requires watching this exceptional film.

Anyone with questions or comments regarding "Warriors" is strongly encouraged to email me; you can also connect on Twitter via @tvdvdguy.