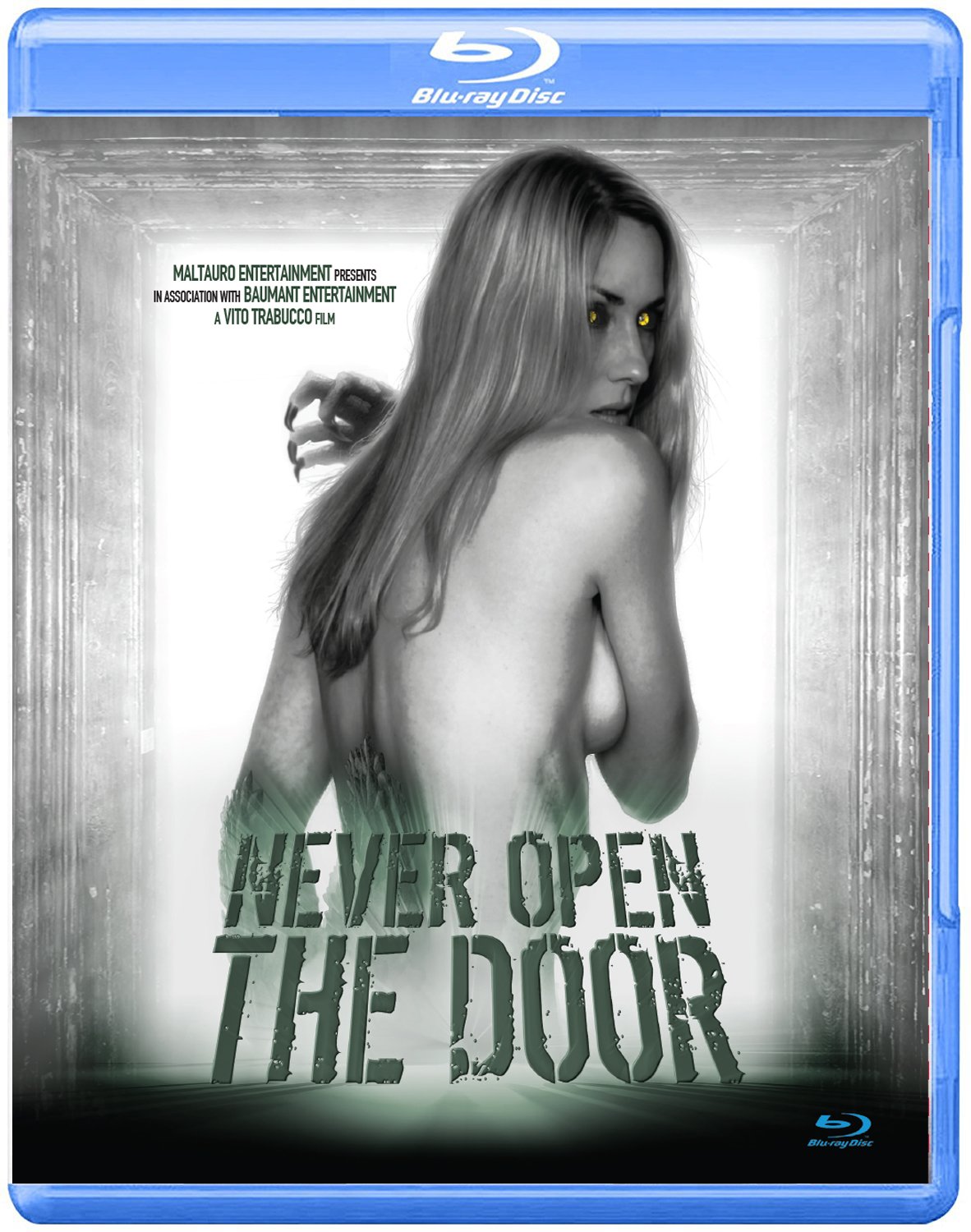 The recent Maltauro Entertainment Blu-ray release of the 2014 horror film "Never Open the Door" nicely shows that the spirit of Hitchcock is alive and well and that it is adaptable to the tastes of modern horror audiences. The homage to Sir Alfred begins with the stylized animated opening credits that are reminiscent of the "Psycho" credits. This theme continues with "Door" being shot in black-and-white ala "Psycho" and many other Hitchcock classics. Director/writer Vito Trabucco even makes a Hitch-style subtle cameo.

"Door" opens (pun intended) with a group of six friends in their late 20s and early 30s enjoying Thanksgiving dinner in a cabin in the woods; the typical lively conversation among the group reveals things such as a pregnancy, an engagement, and political aspirations.

A pounding at the door interrupts the revelry. Things get worse when the interloper, who is known only as the stranger, coughs up blood on Tess and looks right at Terrance when issuing the titular warning.

The weirdness continues with Tess experiencing horrific visions before disappearing only to have "other Tess" then make her way to the isolated building, efforts to call 911 being thwarted in a manner that is much more clever than an inability to get a signal, other members of the group going psychotic, etc.

A shower scene complete with a stabbing removes any doubt regarding Trabucco having "Psycho" in mind when making "Door."

Stating that "Door" looks like a well-produced student film is done with the best possible intent. The black-and-white filming is creative, the production has a live-stage vibe, and the cast looks like a real-life friends who spend a few days helping a friend make a movie at the cabin of a friend where all the action occurs.

The special features include interviews with Trabucco and Tess portrayor Jessica Sonnebom.

Anyone with questions or comments regarding "Door" is welcome to either email me or to connect on Twitter via @tvdvdguy.