This belated post on picks for summertime DVD viewing is particularly apt for a year that ends decades of watching broadcast and cable network fare. Defective Tivos frying both a plasma television and the six-month-old replacement of that set prompted abandoning those devices after more than a decade of using them. The copious commercials, inability to fast-forward, need to start over if stopping a viewing in the middle of a program, highly limited fare, and short window for viewing episodes made Verizon On Demand a pitifully poor substitute.

Recently moving into a home with ample room to organize a library that likely exceeds 10,000 DVD sets facilitated adding a third Blu-ray player to the primary television set-up and leaving current broadcast and cable shows behind.

The strongest recommendation for the summer unfortunately requires an international DVD player. The good news is rumor has it that a CD-ROM drive on a computer can easily be adapted to play DVDs that are coded other than the Northern American Region One for this format.


Revisiting the hilarious 2000-2006 Bryan Cranston Foxcom "Malcolm in the Middle" has been a delight. The variation on the family sitcom this time is that the titular "Jan" of the Wilkerson clan is a child genius in a family of moronic and/or sadistic parents and brothers. Malcolm and his bros constantly engaging in hilariously destructive stunts contributes additional humor. Bombing a performance of rapping grannies with Diapers of Mass Destruction is a highlight.

Cloris Leachman as especially bitter Old World grandmother Ida is a particular treat. An episode in which Ida keeps a wealthy man drugged so that he will marry her is one of shining moments that also include telling 21 year-old rebellious slacker son Francis that he does not have anything between his legs. 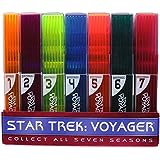 A chronological viewing of the "Star Trek" series coming to the Clinton-era "Star Trek: Voyager" just as the presidential primary season wrapped up iss an awesome coincidence. Current "Orange is the New Black" star Kate Mulgrew playing the very butch Captain Janeway prompts referring to this show as "Hillary." Having the second officer assert an American Indian heritage further contributes to hilarity during viewings. 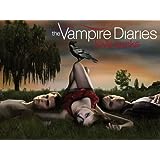 Being virgin blood regarding "The Vampire Diaries" reflects both the scifi/fantasy tone of much of the summer viewing and the value of DVDs. This format allows watching episodes at an individual pace without having to worry about Internet connections or whether a subscribed-to streaming service will lose the license to provide the series.

The amusing teen angst of this show about a human girl and feuding 150 year-old brothers prompts references to "Pretty Little Vampires" and "Dracula's Creek." 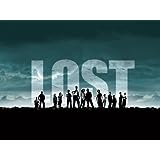 "Vampire" star (and "Laws of Attraction" scene stealer) Ian Somerhalder also stars in the cult ABC hit "Lost," which is the series of choice for every other day summertime elliptical machine workouts. The similarity of this viewing habit to a "The Simpsons" episode is purely coincidental.

The fun here relates to the "I know something you don't know" aspect of recognizing the significance of events as they happen on this lore-laden series about airplane crash survivors on a mystical island.

A '60s-centric list in not particular order of all-time favorite "desert island" complete series sets based on the programs themselves, the extras, and the packaging of the set is:

Anyone with questions or comments regarding this list is encouraged to either email me or or to connect on Twitter via @tvdvdguy.