'The Atoning' DVD: How The Others Half Lives 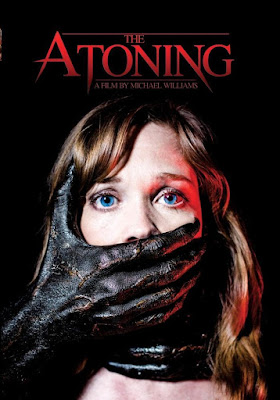 The Gravitas Ventures September 5, 2017 DVD and Blu-ray releases of the 2017 horror film "The Atoning" is notable for its twist on the neo-horror plot of a suburban family in a haunted house. This one pays homage to the 2001 Nicole Kidman thriller "The Others" in having the nuclear clan be the ghosts.

The seemingly major spoiler above does not detract from the impact of this film with a highly symbolic title; much of the film centers around how married couple Ray and Vera and their young son Sam adjust to their new normal. Further, Sam tries very hard to be a friendly ghost.

The following YouTube clip of a trailer fort this winner of three top festival awards provides a wonderfully accurate teaser of the creepiness and building terror in the film.


Early scary scenes involve the current legal owners of the home making the fright-inducing appearances; this includes the daughter of this family terrorizing Sam.

The underlying related plots center around determining the manner in which Ray and his family find themselves in their current circumstances and what must occur to allow them to fully break their ties with the land of the living.

As often is the case, Mom is the center of support, Vera initially tries to keep Sam blissfully ignorant about why he cannot go outside; she then determines who is responsible for the familycide and once again finds herself in the role of protector.

The final battle royale does a great job tying in every aspect of "Atoning." The creep factor escalates at a good pace, things turn out to not be as they seem, and learning about the circumstances of the death of the family sets the stage for moving on regardless of whether that transition is desired.

Anyone with questions or comments is encouraged to email me; you also can connect on Twitter via @tvdvdguy.